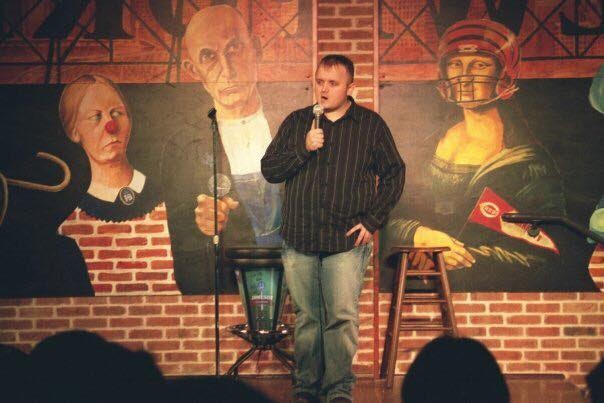 The Whole Sh’BANG Rich Jones has been writing and performing comedy for over 12 years as he brings his hilarious 110% clean style of comedy to you. Being able to do the same routine at a comedy club on Saturday night and a church function on Sunday is a pretty cool, but rare thing. Rich has never compromised his gift of performing only clean comedy.


After seeing Rich perform live, I knew this guy had natural talent. He makes you laugh from start to finish!

Rich Jones is hilarious! Just the kind of comedy that gets you thinking and laughing at the same time.

Best selling authors of "Whatever The Cost"

Hey, that’s really very funny stuff! And you can put that on the cover if you like.

Rich Jones is one funny guy! His ease of delivery, quirky outlook on life, and original material all serve him well, and his audiences love every minute of it. Especially me. Rich Jones always makes me laugh!

Writer for Bob Hope & Phyllis Diller
I’ve been lucky enough to share a stage with this guy. While virtually all comics fall into categories, and there’s nothing wrong with that, Rich Jones has created his own category. You may be surprised, you may shake your head, but know this: you will laugh.